The Throne of Pain: The Romanos A Mafia Romance - Pillow Tal Skip to the content 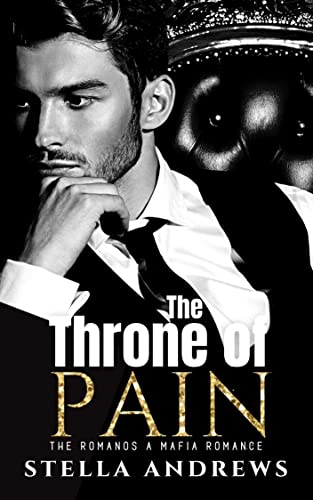 The Throne of Pain: The Romanos A Mafia Romance by Stella Andrews

"Can you live with the devil, Riley because it’s hot in hell?”

The definition of pain is Lucian Romano.
I will never forget that name or the man that owns it.
Dark, wicked, cruel and so hot he melts fire.

I thought he was the owner of the hotel I was staying in.
I thought he would be the person to hear my complaint and I thought he knew right from wrong.
I was mistaken.

I should have noticed the fear in the receptionist’s eyes when she saw him coming.
I should have kept my mouth shut and walked – no run away fast.
But I was a fool.

I walked right up to him and prodded the beast.
Then he pounced and I found myself locked in a cage in his bedroom.

He’s so dark and dangerous I can almost taste the ash from the pit of hell.
Power blazes from his eyes like lightning from Neptune’s trident and my heart sinks as I see what a huge mistake I just made.
This man doesn't play games - he creates them.

A dark & twisted Mafia Romance that will blow your mind.
This is one wild ride that's not for the faint-hearted and some scenes may upset readers.