Rise of a Viking: A Time Travel Fantasy Romance (The MacLoma Skip to the content 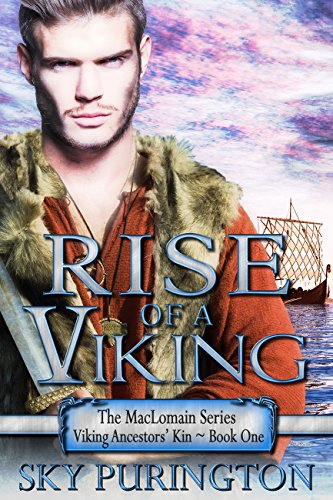 "Purington has craftily taken me into a world of dragons, prophecies and mythology that is super creative and well written." -More Books Than Livros

Cybil is thrilled when she and her family inherit a million-dollar ocean-side house in Winter Harbor, Maine. It's a chance to finally bring her sisters back together and right old wrongs. But problems arise. Her gift of prophecy grows stronger. A Viking from the past haunts her. If that isn't enough, the old ash tree in the front yard has taken on the otherworldly qualities of Yggdrasill, a tree connecting the nine worlds in Norse mythology. Soon caught in its power, she's whisked back in time to tenth-century Scandinavia.

Of dragon blood and set to inherit the throne, Heidrek Sigdir tries to keep Cybil away for her own safety, but the gods have other plans. A fate designed to make him pay for past grievances. After all, when he finally lays eyes on her, he wants nothing else. They share a connection unlike any other. Poignant desire. Incomparable need. Tempting change. Yet he must let her go because she's destined for his brother...or is she?

Many revelations come to light when a new enemy emerges, and Heidrek and Cybil are forced to journey to the home of the seers. Truths that might change the course of fate. Yet, in the end, the decision is simple. Will a new Viking King rise up and protect his people even if it means turning away love? Or will his endless draw to a modern-day woman be his ultimate ruin?

"This book gave me everything I needed. Sexy Vikings from the past, brave female warriors (future and past), gods, goddesses, dragons, and magic! All wrapped up nicely in a love story."-Christine Casey