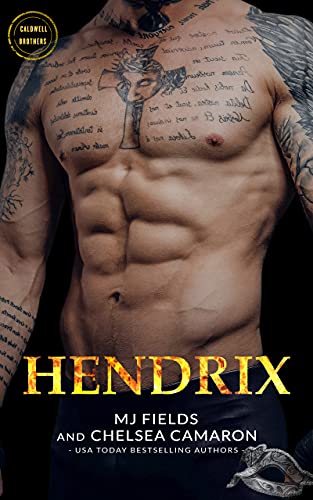 “One bourbon, one shot, one night—that’s my world. Life is finally getting on track for me and my brothers. Things are far from perfect, but after removing the thorn from our sides, they damn sure are looking up.” – Hendrix Caldwell.

Hendrix Caldwell, the oldest of the Caldwell brothers, is the ever steady voice of reason out of the three Detroit—Rock City’s—wild boys. Focused, determined, and living with a chip on his shoulder, Hendrix is married to his bar, allowing no time for anything more than a casual hook up. Work hard, play harder—that is the Caldwell brothers’ way.

For Olivia Hemmingway, life is nothing except the school of hard knocks. Born as the consequence of a one night stand, Olivia didn’t have the childhood found in movies and books. However, she’s all grown up now and completely on her own. Drowning in debt, she is looking for a small break in life, but the hits just keep on coming.

One night, one charity event, two masks hiding them from the world and each other… Two people let go and share the best of each other in a luxury hotel’s storage closet for one night they both can’t forget. One night they both revisit in their dreams.

What happens when two worlds collide not once, but twice? When they find out who was behind the mask, will sparks fly, or will their past demons keep them apart?