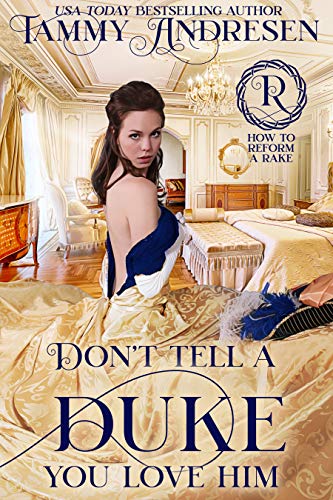 He was too dangerous to be denied…

The Duke of Longley was a rake and should be left well enough alone. At least that is what Lady Lily Ducat’s mother continually said. As far as Lily could tell, she was correct. His Grace had a devilish air about him and a brooding silence that no debutante should attempt to tame and certainly not grow an affection for. He was too much man and beyond redemption. Except once they are tossed together after a winter storm, she is dangerously close to declaring her love because in the dark of night, he was all Lily could see.

Maximillian Masters learned long ago to stay far away from dewy eyed maidens. He was too cynical, too experienced, and much too adverse to marriage for such a lady. Which is why he must never see the lovely Lily again no matter what some ridiculous gypsy predicted. Except, when he is stranded and at the mercy of winter, Lily is there and the more he sees her, the harder it is to deny temptation.

This is a standalone romance but is part of a five book series with a prologue: