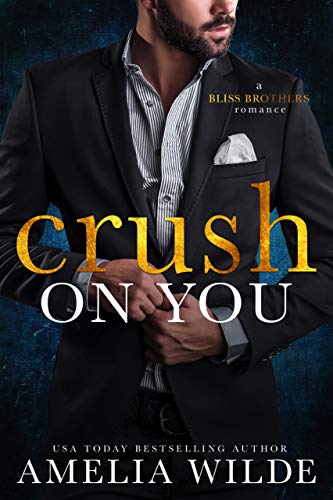 Crush on You (Bliss Brothers Book 1) by Amelia Wilde

He’s the boss. She’s the assistant who will bring him to his knees.

Roman Bliss is used to being in charge. Everything at the Bliss Resort is under his firm control until a brunette bombshell in a red bikini sashays into his office, claiming to be his new assistant.

He can’t believe the shyest girl at his high school grew up to be a knockout.

Falling for his new employee breaks every rule in the book. And with the survival of the resort—and his brothers—in his hands, he can’t lose his well-ordered life...or his heart.