Best Romance Movies Based on Books 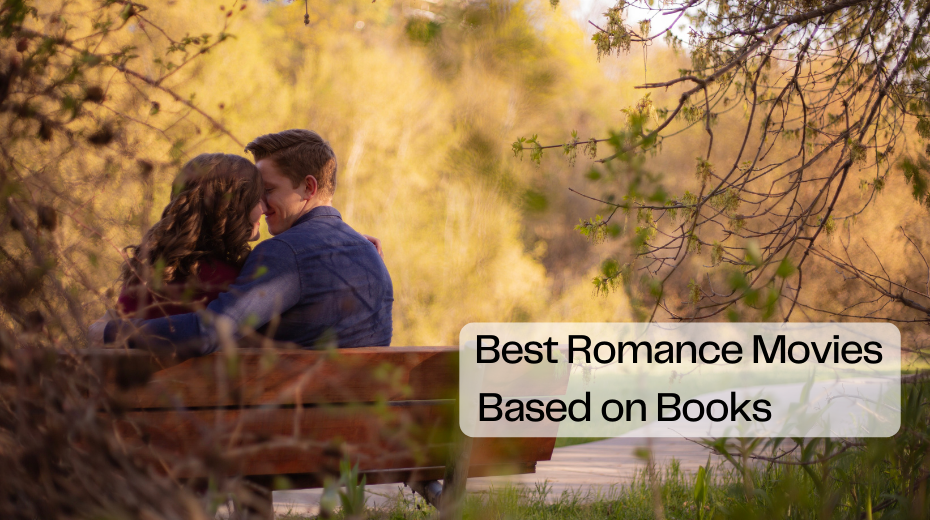 Best Romance Movies Based on Books

Many of the TV shows and movies we love are based on books. We think you’ll agree with us that these adaptations can be hit or miss. Sometimes the movie version does an incredible job of bringing the story to the screen, whereas other times, the adaptation doesn’t do the book justice.

If you love a great love story, check out our picks for the five best romance movies based on books.

Overall, fans of the books liked all three movies. While there were some changes to plotlines and characters, most people still enjoyed the films. Many thought that the tweaks helped make the film adaptation be a success. Most significantly, a lot of Fifty Shades fans like that the film’s main character Anastasia is more assertive than she’s portrayed in the books. There’s palpable chemistry between Dakota Johnson and Jamie Dornan, the two main characters. Their portayls of a dominator and submissive are believable. Also, the films’ soundtracks are critically acclaimed with hit songs from Ellie Goulding, The Weeknd, Taylor Swift, and other popular artists. The Notebook is arguably one of the most popular romance movies of our time. The movie catapulted Ryan Gosling and Rachel McAdams to fame, making them household names. There are so many memorable lines from the movie, like “If you’re a bird, I’m a bird” and “I want all of you, forever, you and me.” The film is based on the book of the same title, written by Nicholas Sparks. The commercial success from The Notebook’s film adaptation has led to several other Sparks’ books being made into movies too. However, none have been as big of a box office hit or a piece of pop culture phenomenon like The Notebook. The movie came out in the early 2000s and is just as beloved now as it was when it first debuted

It’s hard not to fall in love with The Notebook. Between the chemistry between the main characters Allie and Noah, the gorgeous southern backdrop, and their incredible love story, there’s just so much going on. You’ll love this movie if you like stories about opposites attracting and the power of teenage love.

Rachel McAdams has a staring role in this movie too. Only this time, she plays Clare, a woman in love with a man who can time travel. Now, don’t let the time travel aspect dissuade you if you’re not into sci-fi or magic. This movie doesn’t feel like a science fiction film. Instead, it’s the powerful love story of how a woman spent her life in love with a man who happens to be able to travel through time.

What makes this movie a fun watch is that it shows Clare in different phases of her life from childhood to adulthood. Throughout the movie we see Henry at different ages too as he travels through time. While a lot of romance movies feel formulaic, this one is a great pick because it’s different from a lot of others in the genre.

If period pieces are your thing, you should definitely check out Carol, a story of an illicit affair. Set in the 1950s, Carol – played by Cate Blanchett – is going through a divorce when she meets Therese – played by Rooney Mara. The two fall in love, further complicating Carol’s divorce. Carol was both a box office hit and a critical success. Blanchett and Mara were both nominated for SAGs, Academy Awards, and Golden Globes for their performances in the movie

Aside from being a powerful movie, the book has an interesting history. Originally the book was published with the title The Price of Salt and the author Patricia Highsmith used a pen name to publish it. Written in the early 1950s, Highsmith was worried about her reputation as a writer if the public knew she wrote a book about a lesbian relationship. The Price of Salt is one of the first LGBT love stories published, making it a historically significant book. One Day tells the story of Dexter and Emma who meet for the first time after their college graduation. Over the next two decades, they continue to see each other on the anniversary of when they first met. This is very much a “will they or won’t they” movie, with the characters hesitant to bring their close friendship into a romantic territory.

The book was an international bestseller and the movie was a big hit too. Jim Sturgess and Anne Hathaway star as the two main characters, each giving a great performance. Fans of the movie like Dexter and Emma’s love story and can relate to the falling in love with your best friend plot.

There are so many great romantic movies based on books, but these are five of our favorites. Check them out and let us know what you think.