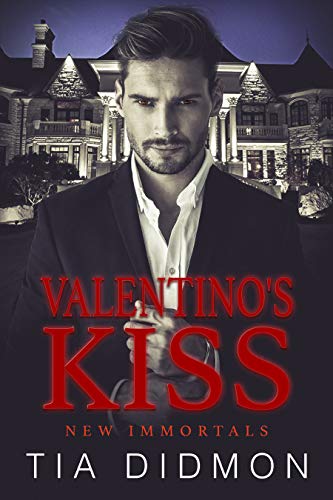 Can one woman save an immortal race on the brink of extinction?

Laura Whitney is the newest member of the Paranormal Intelligence Agency. Too bad she feels like a complete fraud. Failing sections of her training didn’t stop the P.I.A. from passing her, because no one has a talent like hers. Unfortunately, it’s killing her.

Valentino Moretti had forsaken his race long ago. Now, on the brink of extinction, with his demon long gone from the world, he welcomes his death. He feels nothing. When his brother is assassinated and the P.I.A. is called in to investigate, Valentino vows to avenge his murder before seeking his death but the new agent sent in to interview him changes everything. With his demon awakening for a woman that shouldn’t exist and an unseen foe seeking his destruction.

Can this predator tame the beast within long enough to ensnare the heart of the only human alive that can save him?

Enjoy the first book in the bestselling New Immortals Series that readers are comparing to Christine Feehan, Sherrilyn Kenyon, and J.R. Ward.

One click to start his epic paranormal adventure today!