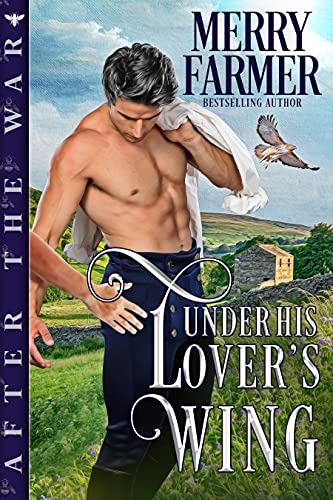 Lord Spencer Brightling had a brilliant career in Parliament waiting for him after leaving the navy at the end of the Napoleonic Wars. But because of a cannon blast that caused him to lose his hearing in one ear, the prospect of being in crowds in London terrifies him. But he can’t imagine there is a place in country life for him either.

Gamekeeper Declan Shelton has always been considered odd and laughable because of his affinity for nature and his quirky mannerisms. As far as Declan is concerned, animals are much easier to be around than people, and he is content to live in isolation on the grounds of Wodehouse Abbey. Until handsome, intriguing Spencer wanders into his life, like a wounded animal in need of care.

Declan is the companion Spencer never knew he needed. But when Declan is accused of a crime he didn’t commit by villagers who could never hope to understand him, it is up to Spencer to prove him innocent…without running the risk of alienating Declan’s affections and losing him completely.

PLEASE BE ADVISED: Steam Level - Smokin' hot! This includes explicit scenes between male lovers, so if that isn't what you want to read, please feel free to pass on this book.