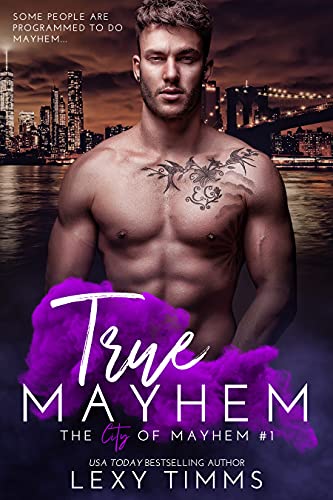 SOME PEOPLE ARE PROGRAMMED TO DO MAYHEM

The Donahues have run Albion for generations, ruling the criminal underworld with an iron fist. The O'Malley family fights to take the city for themselves. Their crimes are an open secret.

Conrad Donahue is the youngest son of the city's most brutal crime lord. Yet he resents having to walk in his father's footsteps. As the younger son, nobody expects him to rise and make a name for himself. When his cousin is murdered he's ordered to avenge his family against their enemies, the O'Malleys. Conrad is ready to follow orders, but when he realizes that he has to eliminate gorgeous, sexy Selene O'Malley he does the unthinkable and spares her life.

As the only daughter of a notorious mob boss, Selene O'Malley is as ruthless as she is beautiful. She hates the Donahues for what they did to her father, and she'll have her revenge, along with the power to claim the city. Only one man stands in her way—broodingly handsome Conrad Donahue, the man who spares her life. Furious that she owes her life to her sworn enemy, Selene is duty-bound to return the favor.

The attraction between them is undeniable, but their families are at war. Being together risks certain death. Conrad was never meant to be a crime boss. Selene has to prove that she can rule in a man's world. All they have in common is their desire for the other, and soon they'll have to make a choice between their hearts and family honor.