The Groom: A Clean and Wholesome Romance (A Keeper at Heart Skip to the content 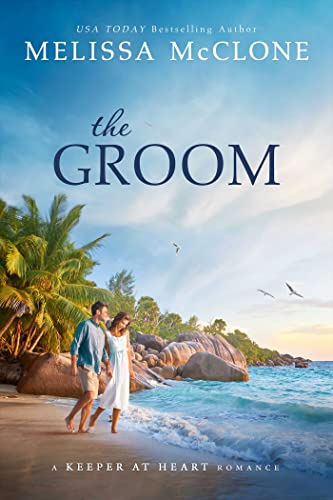 The Groom: A Clean and Wholesome Romance (A Keeper at Heart Romance Book 1) by Melissa McClone

The only thing more awkward than falling in love on national television is having your heart broken in front of millions of viewers.When public school teacher Millie Kincaid signed up for the popular dating show, The Groom, falling in love was always a possibility. But then Jace proposes to someone else on the season finale, and her hurt and humiliation leave her desperate to escape the glare of Hollywood's spotlight...until a new reality TV show provides her a shot at the money her school desperately needs.Former star of The Groom, Jace Westfall, went from fan favorite to villain overnight. Hurting the sweet and shy Millie cost him everything: his reputation, his endorsements, and his heart. It was the last thing Jace wanted to do, but he had his reasons. Now on the verge of financial ruin, Jace finds himself left with no choice but to do another reality show.Neither expected to face each other again, but both need the money. As they race from country to country, trying to put the past behind them, it quickly becomes clear they have a real shot at the million dollar prize...and a second chance at love.But only if Millie and Jace can overcome the biggest obstacle that stands in their way: each other.Fans of the Amazing Race and The Bachelor will love this Reality TV contemporary romance by USA Today bestselling author, Melissa McClone.Scroll up and one click this fun, adventurous romance to see who wins at money...and who wins at love!* This is a revised, expanded version of a book previously published as Win, Lose...or Wed!These men know what they want, and love isn't on their list. But what happens when each meets a keeper?A Keeper at Heart Romance series:Book 1: The GroomBook 2: The Soccer StarBook 3: The BossBook 4: The HusbandBook 5: The DateBook 6: The Tycoon