Soul of the Dragon - Pillow Talk Books Skip to the content 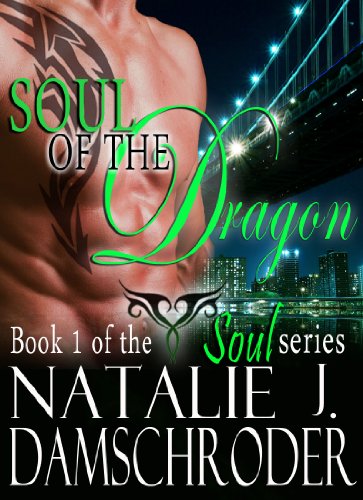 Soul of the Dragon by Natalie J. Damschroder

A thousand years ago, a jealous mage cursed a young lord into dragon form to keep him from his soulmate, a peasant girl coveted by the mage. They have four lifetimes to break the curse.

Three times, they have failed.

Alexa Ranger doesn’t remember the lord’s son who was her soulmate three lifetimes ago, nor does she recall their previous attempts to break the curse—each one ending in her death. But she does remember Cyrgyn, the golden dragon who has haunted her dreams since childhood and has appeared to her now to begin their final attempt.

A highly trained spy, Alexa has been preparing for this mission her entire life. But her skills are no match for the desperate mage who has lost none of his command of magic—and none of his twisted, possessive need for her. She is determined to save the dragon she has come to love, but there is more than the curse standing in their way…

Books in The Soul Series:
(These are stand-alone stories, but later books may contain spoilers.)
Soul of the Dragon
Soulflight
Harte and Soul
Soul Deep (coming soon)