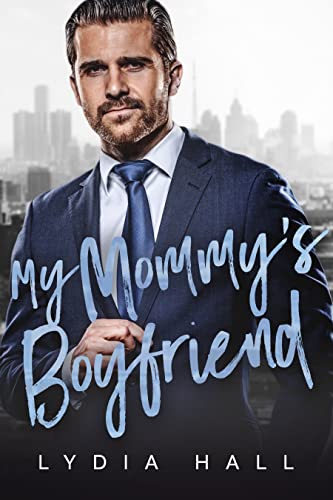 My Mommy’s Boyfriend (The Forbidden Attraction) by Lydia Hall

I’d had a crush on Victor long before I was able to look into his eyes and let him hold me… I’d been dreaming of doing that since I was a teenager and he was dating my mother.

A nasty breakup led me to him ten years later.

Yes, I had to catch my breath when I saw him looking even hotter after all those years.

I was no longer the little girl that felt guilty for liking an older man and I wanted to rip his shirt off right there at the restaurant.

Victor Beringher was much more than a rebound to me.

But gaining him meant losing my mother.

Of course she’d make a scene upon finding out.

And then I’d have to pick between the two.

My heart was already torn when I faced another impossible situation.

The news would have my mother screaming at me.

And on top of that, there was no possible way that Victor would want a baby, right?

I was about to lose not one but the two most important people in my life.

Only a miracle could turn this mess into a happily-ever-after!