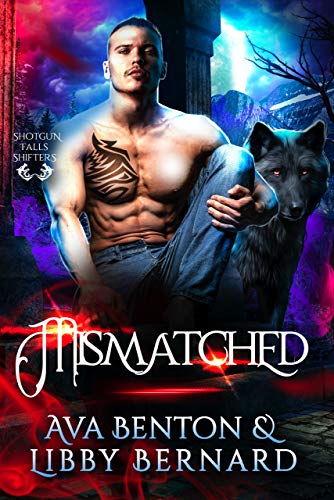 Charlotte Perkins loves Shotgun Falls. Always has. Loves the town. Loves the people. So when shop owner Sylvia Redferne asks her to help her test a new dating app, she doesn’t think twice about spearheading the operation.What Charlotte hadn’t counted on?Logan Fourier. Logan’s a wolf shifter that’s damned good on computers. He doesn’t mind doing Sylvia Redferne a favor and building a dating app. Who would, considering how much Sylvia’s offering to pay him for his services.What Logan hadn’t counted on?Charlotte’s a spitfire with a tough shell. How’s he supposed to crack that shell when she thinks he’s an alphahole instead of an alpha. Things don’t go so well when he decides to create a dummy account and fools her into falling for his alter ego.Things really go to hell in a handbasket when the secret he’s been harboring resurfaces. Can busybody Sylvia Redferne help this couple find their way back to each other or have Logan’s bullheadedness and Charlotte’s defenses put up more obstacles than a witch stripped of her powers can handle?