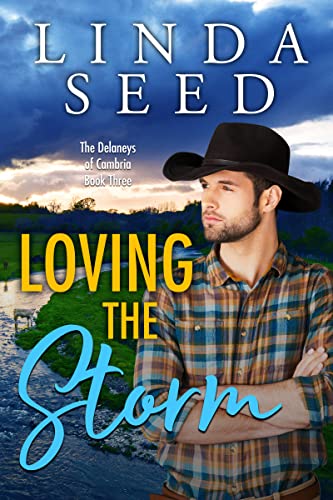 He’s been hit by a series of painful losses, and he’s got the scars to prove it. She’s got her own wounds, ones she doesn’t want him to see …Rancher Liam Delaney’s still suffering from the triple blow of his beloved uncle’s death, his breakup from a woman he’d wanted to marry, and an accident that left him with an injury that still hasn’t fully healed. When he meets artist Aria Howard, he starts to feel things he hasn’t felt in a long time—like optimism and hope for the future.But Aria’s history—one she’s trying to hide from him—has taught her that love is dangerous and that forever is nothing but a fairy tale. If Liam’s going to earn her trust, he’s going to have to give her the one elusive thing she’s always longed for.Loving the Storm is the third book in Linda Seed’s Delaneys of Cambria series.