Love & Other Lies: A Fake Marriage Friends-to-Lovers RomCom Skip to the content 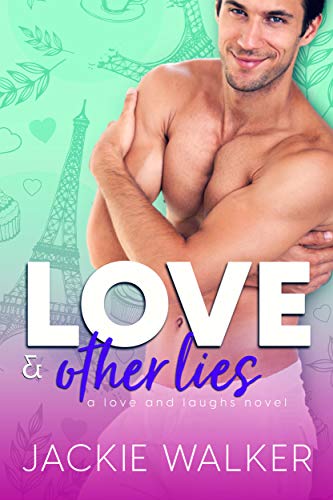 It started as a little white lie.
A temporary marriage of convenience that would only last a few days — then we’d go back to just being friends.
After all, Cort Amos and I aren’t in love. We only tied the knot so I wouldn’t have to marry the greedy social climber my billionaire father had chosen as the son-in-law he wanted to inherit the company.

But then came the romantic honeymoon across Europe — my father’s apology gift to me.

Day after day. Night after night. Spent with a man I’ve been drooling over since the day we met, while we're in some of the most romantic places on the planet. So when he suggests we explore our physical attraction while on this vacation ... just for fun, I can’t help but say yes.

He’s sweet and charming, and he knows just how to make me laugh. Not to mention those shoulders and that smile and those washboard abs. I can hardly catch my breath around him.

But it’s all in fun — he doesn’t want a serious relationship any more than I do. When we get back home, it will all come to an end, just like we planned.

Simple right? We can totally pull this off without feelings getting involved. No sweat.

Separating the truth from the lies has never been harder. Pun intended.