Love on the Prairie: Sweet Historical Western (McKinnie Mail Skip to the content 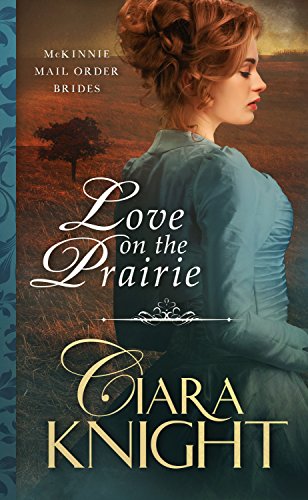 It took the burning of Atlanta to break up seven sisters.

Abigail McKinnie refuses to allow her sisters to be dispersed across the nation as mail-order brides. Even though the Union soldiers took everything from them during their march through Atlanta-their lands scorched, house burned, food stolen-she won’t give up. With a plan in place, she sets out for Kansas to her second cousin under the guise of marriage. But instead, she plans to convince him that the seven of them can help run the homestead for him. Her plan is foolproof until she makes the arduous journey to discover he’s dead.

Owen Baker vows to never have a woman in his life again after the death of so many loved ones, but when Abigail McKinnie struts onto his land claiming ownership on behalf of her dead cousin, he’s dumbfounded by her drive and beauty. Despite her abilities and their attraction, he vows to throw her over his horse to deliver her to the first train home the minute she recuperates from her trip.