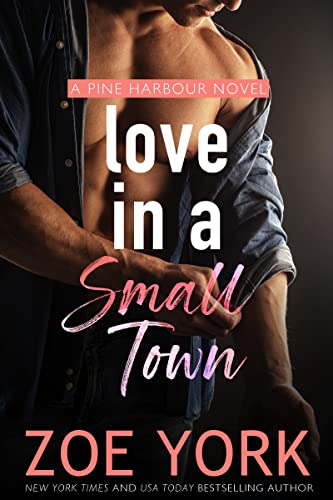 Are they one late-night hayride away from tumbling back into a very bad idea?

Olivia Minelli needs a one-way ticket out of Pine Harbour. It's too small for both her and her ex-husband. So when a new job falls into her lap, she grabs it with both hands. When this contract is complete, she'll have enough money saved up to leave town for good. Which means settling some unresolved business with the only man she's ever truly loved, once and for all.

Rafe Minelli knows he won’t get a second chance at what he once had with his ex-wife. The demands of his double career—as a police officer and military reservist—were a dealbreaker when they were together. And he’s thrilled for her new opportunity. But with it comes a ticking clock that forces both of them to address the smouldering embers of a connection that just won't go away.

They aren’t the same young kids who rushed into marriage the first time. But as summer slides into fall, Rafe sets out to prove he’s a changed man before he loses her forever. One hayride at a time.