Lost in the Wind - Pillow Talk Books Skip to the content 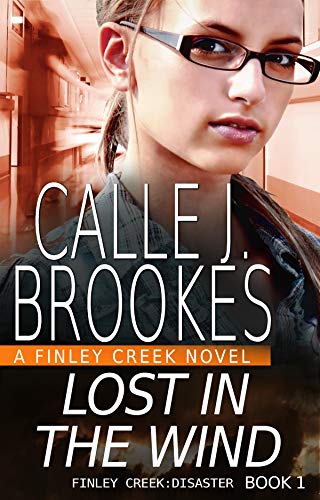 Lost in the Wind by Calle J. Brookes

After a brutal assault and ovarian cancer as a teenager, Dr. Nikkie Jean Netorre refuses to call herself a victim ever again.

She does good things now—saving injured children and counseling assault victims at a local women’s charity. She’s moved on, has a purpose for her life, and everything is in her control now.

When a young patient dies, a grief-stricken Nikkie Jean runs straight into the arms of neighbor Dr. Caine Alvaro, just needing to forget for a little while. Caine—the one man she semi-trusts not to hurt her like she was hurt before.

One small step forward at a time—that was Caine's plan for helping Nikkie Jean feel safe with him.

But as they struggle to deal with their changing relationship, another surgeon has Nikkie Jean in his sights. A surgeon who has killed before—one who will stop at nothing to protect his sinister secrets. Now Caine has to keep Nikkie Jean safe once again—before someone else she loves pays the ultimate price.

Before the killer destroys them all.

Amazon - US Amazon - UK Amazon - CA Nook - BN Kobo Apple iBooks Google Play
Genre: Suspense
Book Length: Long Novel - 320-650 Pages
I hope you might be surprised to know that Suspense isn't a genre in and of itself since it is a category that includes mystery, thriller, as well as some horror books. That novels which have a suspense story comes beneath the suspense group. If you're like to read novels that give you Suspense, then this category is right for you. To put it differently, if we discuss Suspense, then Suspense is a condition of psychological uncertainty, stress, being undecided, or being doubtful. At a dramatic function, Suspense is your expectation of the results of a plot or the remedy to a doubt, mystery, or puzzle, especially as it impacts a personality for whom you have sympathy.