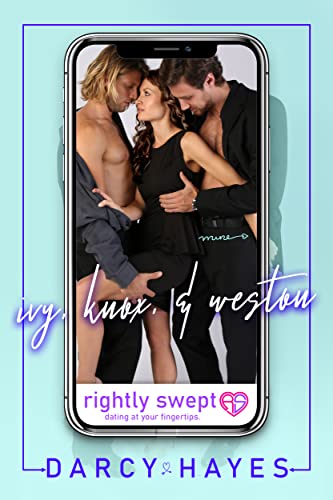 Knox and Weston had been together for years. From time to time, they invited a woman to be a part of their relationship. The problem was, at some point, everything always fell apart.

They knew that somewhere, there was a woman who would complete them. All they had to do was find her. That’s where Rightly Swept came in. On the recommendation of a friend, they created a profile and hoped for the best.

Ivy was bored senseless with her life. In her college years, she had been part of a poly relationship that went sideways. Now, she was trying her best to manage with a strictly vanilla, one-man and one-woman, relationship to assuage her conservative parents.

She was confused as hell when she started getting notifications from a dating app. As it turned out, one of her friends had decided to help and created a profile on Rightly Swept. She feared Ivy would end up stuck in a loveless marriage or maybe even as a spinster. Ivy grudgingly agreed to give it a chance.

When she met Knox and Weston, sparks flew. Could they have found their forever in each other? Would pressure from her family tear them apart?