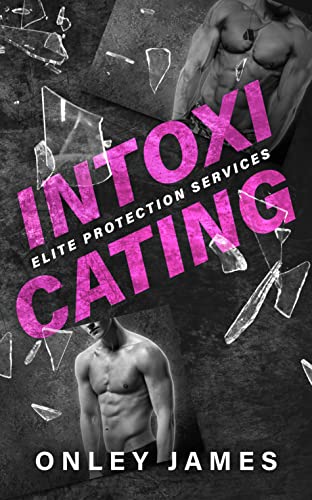 What he really lacks is discipline.

LINCOLN HUDSON has just been handed the easiest job in the world. Babysit the spoiled son of a conservative senator, keep him out of trouble, and receive a six-figure paycheck. A paycheck he desperately needs. Wyatt’s father claims he needs Linc’s firm hand and discipline. One look at him and Linc agrees. Wyatt needs discipline.

Being the closeted gay son of a family values senator has left WYATT EDGEWORTH with a reckless streak and a love of partying that just cost him eight months of his life and might cost his father his re-election. So now, he has a babysitter. A very sexy babysitter.

Staying together was never an option, but with each passing day, their feelings only grow. Will they risk it all for what’s supposed to be a harmless fling?

INTOXICATING is the first book in the Elite Protection Services Series and contains a HEA and no cliffhangers.

Warning: This book contains scenes which may trigger some people including self-harm, suicide attempt, past and present physical abuse, and implied past sexual violence.