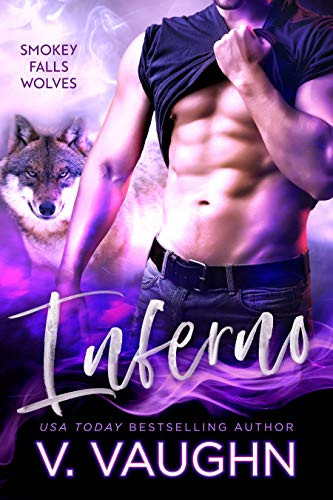 When werewolf Juliet goes on a camping trip with her human girlfriends, the last thing she wants to run into is a group of male wolves on the prowl for mates. She’s been acclimating herself into the human world just to avoid the cocky-as-all-get-out type of men who break her heart. But when she meets Roman, her life without a true mate is about to change.

Roman is the alpha of his pack, and with pressure from all sides, he’s in search of a mate who can handle the challenge of a strong leader. When he finds her in Juliet, he discovers the very woman who can steal his heart and help lead a pack is also the kind who will challenge him in ways that could cost one or both of them their lives.

*This is an expanded and revised version of V. Vaughn's previously published book, Bite My Sass written in Milly Taiden's Sassy Mates World and was formerly titles Stand by Your Wolf.