In Kelly's Corner - Pillow Talk Books Skip to the content 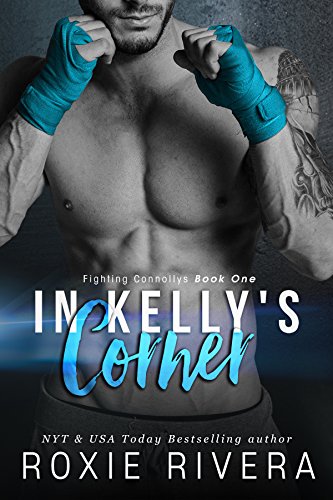 In Kelly’s Corner by Roxie Rivera

After a stalker breaks into her home, internet entrepreneur Bee Langston decides Kelly Connolly is the only man who can help her—but seeking help from the former Marine isn't easy, especially after she made a spectacular fool of herself trying to kiss the sinfully sexy bodyguard.

When Kelly spots Bee weaving her way through the Houston nightspot where he's working security, all those feelings he's desperately tried to deny for his best friend's sister come flooding to the surface. He'll do anything to keep her safe, even if it means getting up close and personal with the one woman he simply can't have.

Soon, Bee's stalker isn't his only problem. His gambling addict father is tangled in a mess of debts to two of Houston's toughest loan sharks. With the family gym on the line, there's only one way for Kelly to make everything right. He agrees to fight for the Albanian mob in an underground bare-knuckle tournament.

But winning the tournament and saving his family's legacy comes at a high price—one that just might cost Bee her life.

Amazon - US Amazon - UK Amazon - CA Nook - BN Kobo Apple iBooks Google Play Smashwords
Genre: New Adult, Sports, Suspense
Book Length: Novel - 150-320 Pages
New adult fiction is now a growing genre of fiction using protagonists in the 18-30 age bracket. In this genre, the publications are written for the age group of 18-30. New Adult is an emerging marketplace that attracts readers in their late teens and early twenties, which are too frequently missing from the pages of both Young Adult and Adult novels to the forefront. In this category, we generally saw some books on new situations and responsibilities that adults carry with them, how adults overcome their bad situations and some exciting stories that remind us about our adult phase.