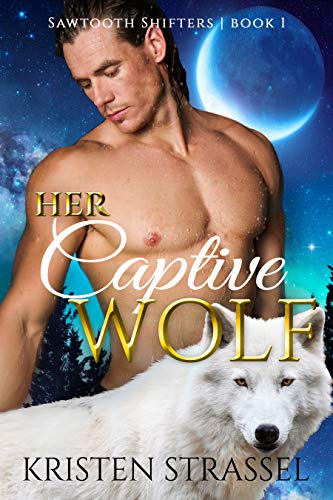 When I get word of an illegal dogfighting ring on the edge of town, I’ll do everything in my power to stop it. Once we bring those dogs back to Forever Home animal shelter and get them cleaned up, we realize they’re not dogs at all.
They’re wolves.
Doesn’t matter--we’ll nurse them back to health and give them a second chance at life before releasing them into the wild. I have to admit, I’m getting attached to the blue-eyed wolf who won’t leave my side.
And on the full moon, they shift.
That wolf who wouldn’t leave my side? His name is Shadow, and he’ll do whatever it takes to thank me for saving his pack.
Not everyone in town is happy the Sawtooth Shifters are back, and their enemies have set their sights on a new target—me.
Shadow swears he’ll keep me safe because I’m his mate. But I destroyed my last relationship, and I can’t do that to him too. But if I deny his claim, the pack is doomed.
Note from Kristen: Her Captive Wolf was originally published as Forever Home and Rescue Me.