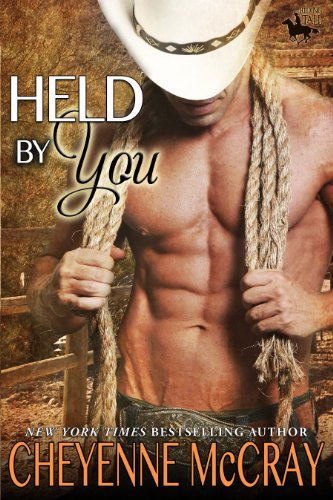 Held By You (Riding Tall Book 9) by Cheyenne McCray

Much like Cinderella, Hollie Simmons was waiting for her Prince Charming but wondering if her life was meant to be anything but a fairy tale. A kindergarten teacher, Hollie was raised to be a lady by her southern mother who passed away when Hollie was young. After a speedy remarriage by her father and more losses than she can count, Hollie is alone in the world with only three cold, abusive stepbrothers. When John McBride, a police lieutenant, saves Hollie from a nasty fall, she thinks perhaps her prince has finally come in the guise of a man she’s always wanted to get to know but was too shy.

John has seen too many cop marriages fail. He’s married to his job and doesn’t have room or the desire to be tied down. Until Hollie. As a cop he's learned to trust his gut instinct. Perhaps he should have trusted it when it told him to approach her long ago. But he’s not sure he’s ready for the forever he sees in her eyes.

When Hollie is framed for a murder she did not commit and the key to proving her innocence seems impossible to find, John must locate the shady character who committed the crime before Hollie is put behind bars. Their love must be strong enough to withstand every hardship to find their happy ending.
Amazon - US Amazon - UK Amazon - CA
Genre: Western
Book Length: Novel - 150-320 Pages
Western is fiction books, movies, and tv genres. Westerns are mostly placed in the 19th and early 20th century in the Western United States and tell the stories of cowboys, lands, and also outlaws investigating the western frontier and taming the Wild West. Westerns frequently stress the harshness of the wilderness and often place the action within an arid, barren landscape of hills and deserts. This genre generally portrays the conclusion of what's considered the"idealized American frontier" or person against nature. If you like to read the background, then you have to add this genre to your reading cart.