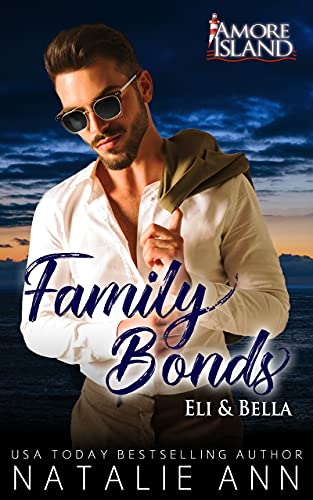 Eli Bond has always had life under control. He knew what he wanted and was determined to succeed at any cost. He surrounded himself with people to make that happen and nothing was standing in his way. When a woman from his past drops into his life unexpectedly…he’s going to make sure she understands that he isn’t letting her go this time.

Bella Kingston could never forget the man that was detained at her uncle’s casino years ago for just talking to her. She’s been protected her whole life, even if she didn’t want it. Suddenly there is a threat in her life and her uncle ships her off to Amore Island to be guarded and watched over by Eli Bond. Now the question was, is the threat to her heart?