Crave Me: A Curvy Girl and Dragon Shifter Menage Romance (Dr Skip to the content 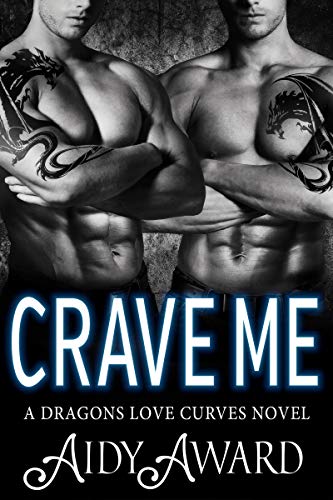 Someone will have to sacrifice their very soul to save those they love from from a dark fate...
Portia has always been different than the other demons in her coven. She's extra curvy, can slay Hell's wyrms like a badass, and she'll do anything to become a dragon's mate.
She's known since she was young that the only way to fill the void inside is to find someone who truly loves her for herself and not her succubus allure. Just like the song says - she will do anything for love, but... she won't do...nope, she'd even do that.

Zon and Gris never thought they'd be able to find a mate that could put the severed pieces of their shared soul back together and make them whole. Fate must be smoking something to light up their soul shards for the thieving succubus who almost killed their king. Yet they find themselves doing everything for the love of their sworn enemy.

But both Hell and the the First Vampire crave Portia and her powers too. The dark forces won't be satisfied with anything less than making her the new Queen of the Underworld, a place no dragon can exist and remain sane. Grab this enemies to lovers romance in the Dragons Love Curves series today!
Amazon - US Amazon - UK Amazon - CA
Genre: Paranormal
Book Length: Novel - 150-320 Pages
In general words, the paranormal literary fiction genre comprises beings and happenings beyond the world of normal scientific comprehension of the natural world. Novels in the fiction genre are all put in the actual world. However, they comprise experiences that defy scientific explanation. For instance, stories put on earth contain angels, demons, witches, psychics, witches, etc. If you love to read some books with ghosts and angels, you must add this category to your reading list. Many books available in the market come under the Paranormal Genre, and you can buy them online or offline.