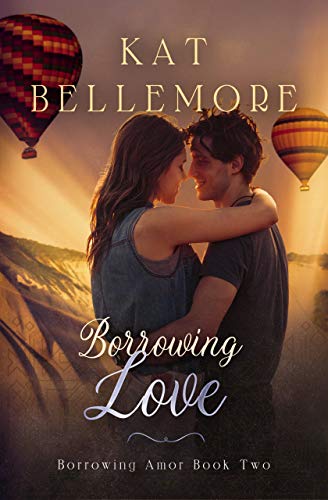 It’s better to have loved and lost, they said. They were wrong.

Ruby Freedman hasn’t left the small town of Amor in four years--not since her husband died. The memory of his fateful accident was enough to cause her to sell her airplane, and never ride in a car again. Then Parker Loveland comes back to town. Now she has to add him to her list of things she intends to avoid.

After years away, Parker Loveland is back in Amor to celebrate his parents’ thirtieth wedding anniversary. He has worked hard to escape the clutches of his hometown, but when he runs into Ruby, the only girl he cared about in high school, and the only one that ever stood him up on a date, he’s torn between the embarrassment he felt more than a decade before, and his desire to be around her.

Caught between memories of the past and fear of the future, it will take leaving Amor to help Ruby and Parker find the second chance they didn’t know they were looking for.

Borrowing Love is the second book in the Borrowing Amor small-town romance series. If you like hot air balloons, sweet kisses, and second chances, then you’ll love this timeless romance.