A Love Through Time: A MacKendimen Clan Novel - Pillow Talk Skip to the content 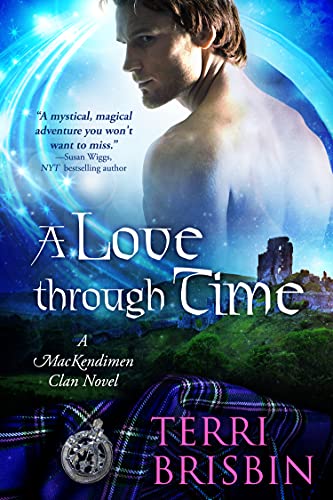 A Love Through Time: A MacKendimen Clan Novel by Terri Brisbin

Maggie Hobbs has had enough of controlling men in her life. Breaking up with her longtime boyfriend, she heads to Scotland for her summer vacation, hoping to put it all behind her—though she never dreams how far behind her it will go! During a stop at a clan ceilidh, Maggie meets the man who should be heir to the Clan MacKendimen—one whose father turned his back on his heritage for a new life in America. And then Fate steps in to throw her back to a time when men controlled everything! Alex MacKendimen returns to his father’s lands and discovers a life that could have been his. With the emptiness of his life staring back at him, he wished for another chance to find happiness and finds himself catapulted to the past – as he and a beautiful stranger face dangers together in medieval Scotland. Thrown back through time to the medieval village of Dunnedin, the two must find a way to survive and make it back home. Neither one knew that falling in love was part of Fate's plan for them.

A LOVE THROUGH TIME is a full-length, time travel romance novel (101K words) and was previously published in print by Berkley in their Jove Time Passages line in 1998.

“Brisbin provides plenty of humor and entertainment in this romp through time, but she sees to it that medieval life is not presented as all fun and games.” —ALA Booklist

“...an enjoyable read that will sweep readers away to the Scottish moors.” —Romantic Times Magazine