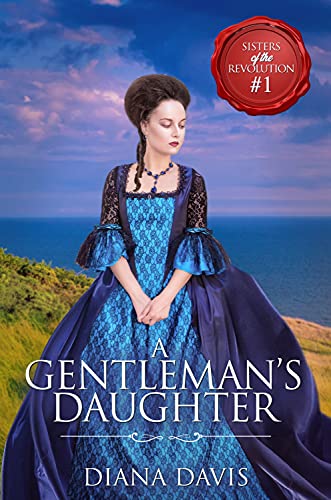 Cassandra Crofton was raised a gentleman’s daughter. When her father dies, however, she and her beloved sister must leave the home they've always known. To add to her humiliation, Cassandra is forced to pass the journey to the American colonies with a snobbish popinjay who refuses to treat her with the respect she deserves.

Lord David Beaufort is the youngest son of the Marquess of Dorset, but he wants to find his own place and purpose–and ignore this impertinent country gentleman’s daughter who shows him nothing but contempt. In Philadelphia, however, Lord David finds himself seeking out opportunities to trade wits with the lovely Miss Crofton.

When Cassandra’s uncle becomes Lord David’s landlord and mentor, she cannot escape him. But as Lord David becomes deathly ill, Cassandra is thrown into the role of nurse. The more time she spends taking care of him, against all odds, the more Lord David finds himself caring for her. Can he convince her to give him a chance?

**You’re one click away from your happily ever after! A sweet, satisfying historical romance!**

Find out how to get our next book free inside! Join the email group!

A Gentleman’s Daughter: A gentleman’s daughter. A marquess’s son. Hate at first sight.
A Lady to Lead: Can Helen and Nathaniel put aside their differences long enough to fall in love?
Freedom's Ring: Owen has loved Temperance since they were children. Can they ever be more than friends?
Liberty's Charge: How will Patience choose between a charming politician and a dashing patriot?
Integrity’s Choice: Fischer wants to court the brilliant, mysterious author Jeanne Dark. Will he discover she's secretly Constance, the woman he spurned but still loves?
Devotion’s Cost: When Verity inveigles the new vicar into a sham engagement, their relationship isn’t the only thing that’s fake. . . .
Loyalty’s Price: An American patriot in occupied territory, Mercy finds herself falling for an enemy officer. Will she choose her country or her heart?
Revolution’s Toll: A rake who might be reformed. A widow who will never be weak. Can they ever hope for a happy ending?

Step into the world of Alexander Hamilton, Benjamin Franklin and John Hancock for a Revolutionary romance!
Amazon - US Amazon - UK Amazon - CA
Genre: Clean
Book Length: Novel - 150-320 Pages
A clean love is simply a means to spell out a love story that will not include explicit sex, excessive gore and violence, and profanity. The category is started by amazon. This new category helps readers that desire the love and emotion without particulars of this romantic bedroom kitchen/car/outside / etc.--gymnastics to discover exactly what they're looking for. You may read this book with your family. This class is specially created for readers that are uncomfortable reading fantasy books with sexually explicit material, an excessive amount of blood and guts, and a lot of f-bombs.