The Token Series - Pillow Talk Books Skip to the content 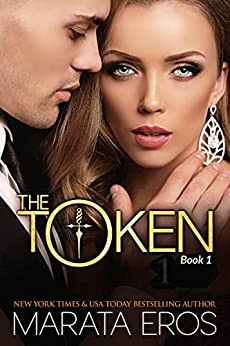 The Token Series by Marata Eros

SAVE $6 - get the COMPLETE series: tinyurl.com/TheTokenCompleteMega

Readers:" ...Brilliantly DARK and shockingly RAW The Token will leave you BREATHLESS..."

" ... a WICKEDLY smart plot that SEDUCES you from the very beginning ..."

Underneath the self-sacrificing brave front that everyone admires, is a woman who understands the terrible sacrifice she'll make for those Faren loves--namely, her mother--as the horrific secret of her past chases her.

Until she meets Jared McKenna, who gives her~

A reason to live.

This billionaire can have any woman. He has. When he runs into Faren Mitchel with his Harley, tenderness awakens, along with Mick's typical indifference.

But Faren can't admit she's working at one of Mick's strip clubs--or--that she has months to live. Faren believes she needs money more than she needs love.

When the psychopath from her past catches up with Faren, she's forced to be honest with Mick.

Will her confession come too late to save her: Save them?

Amazon - US Amazon - UK Amazon - CA Nook - BN Kobo Apple iBooks
Genre: Suspense
Book Length: Novel - 150-320 Pages
I hope you might be surprised to know that Suspense isn't a genre in and of itself since it is a category that includes mystery, thriller, as well as some horror books. That novels which have a suspense story comes beneath the suspense group. If you're like to read novels that give you Suspense, then this category is right for you. To put it differently, if we discuss Suspense, then Suspense is a condition of psychological uncertainty, stress, being undecided, or being doubtful. At a dramatic function, Suspense is your expectation of the results of a plot or the remedy to a doubt, mystery, or puzzle, especially as it impacts a personality for whom you have sympathy.