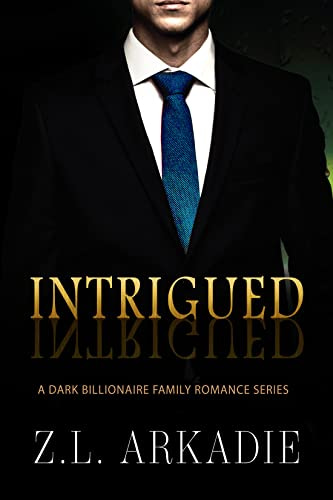 There are rumors about Jasper Christmas. He's dangerous, powerful, and not to be crossed. But I end up crossing him in more ways than one.

I thought I would spend the holidays binge-watching my favorite TV shows and eating bonbons while trying to come up with an idea for my next award-winning article. That was until I received a call from an old friend who made me a proposition I couldn't afford to refuse.

So now, I'm ending the year with one of the most mysterious and private families on Earth. When I arrive at the family mansion, my friend, Bryn, is nowhere to be found, and it's her eldest brother Jasper who welcomes me with un-opened arms.

Jasper Christmas is an Adonis of a man. He's also the CEO of their family's multi-billion dollar corporation, making him one of the world's richest and most powerful business moguls. And everybody knows not to make an enemy out of him because he will destroy you if you do. And we are both aware that I made a name for myself by taking down corrupt and influential people like him, which is why he's not happy to make my acquaintance.

So soon, my friend's proposition puts me at odds with her tall, dark, and dangerous older brother, who will do whatever it takes to keep their family secrets buried. As an award-winning journalist, that makes us natural enemies, even if our flaming hot attraction for each other is not only unexpected but immediate.

However, sources have warned me to keep my distance from the intense billionaire. He could be the one man capable of destroying me and my career. But the more I try to stay away from him, the more impossible he's making it. I'm now worried that our steamy encounters will distract me from why his sister invited me to their family mansion in the first place. Or was distracting me his intention all along?

This is book one of a must-read billionaire romance trilogy featuring Jasper and Holly. It has plenty of angst, twists, and turns, along with extra spice and steam to keep you turning the pages.